MENU
About Us
Nuvola
Complex
Archaeological site
Exit
What are you looking for?
Coffee
Coffee Machines
Accessories
Business
Lavazza World
Sustainability
About Us
Contacts
Change country

New Jolie Plus: the pleasure of authentic espresso in one single move!

The smallest, most practical and quiet coffee machine. Discover Jolie.

The new Carmencita model made in the exclusive Urban Black version.

A great coffee is your best ally: Lavazza Business, the quality of the bar where you want it.

¡Tierra!
Lavazza World
LAVAZZA WORLD
Advertising
Calendar
Top Gastronomy
MAGAZINE
Coffee Culture
Inspiring Cooking
Art & Culture
Tennis
From the plant to the cup, Lavazza coffee passes through 40 different pairs of hands. A journey of value through cultures and latitudes.
Coffee: a value to be cultivated
Sustainability
SUSTAINABILITY WORLD
Our Commitment
The Foundation
The report
From theory to practice: discover the impact of Fondazione Lavazza projects.
The Foundation
About Us
ALL AREAS
Company
Innovation Centre
Training Centre
Nuvola
Stores
Media Centre
A new home for us, a redeveloped area for the city of Turin.
Nuvola

Hello [USER_FIRSTNAME], what are you looking for?
Start writing

The Archaeological Site
During the excavation work for the new Lavazza Corporate Management Centre, archaeologists discovered the remains of a funerary church at the corner between Corso Palermo and Via Ancona. It dates back to early Christianity and had originally been built over a necropolis which once stood on the same site.
In collaboration with Cino Zucchi Architects, the Nuvola project was modified to protect this surprising and important discovery. The church, with a single nave measuring 12.70m by 20 m, has a series of tombs, both inside and outside its perimeter. Dating the complex is problematic, but its architectural features suggest the period between the second half of the 4th century and the 5th century AD. It may be the church dedicated to Saint Secundus the martyr, whose relics were moved inside the city walls, when it was under the threat of Saracen invasion, at the beginning of the 10th century. 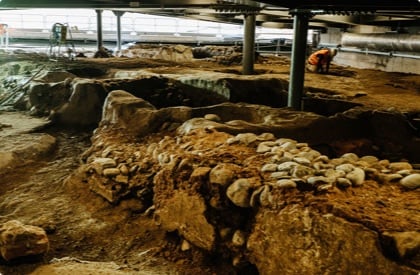 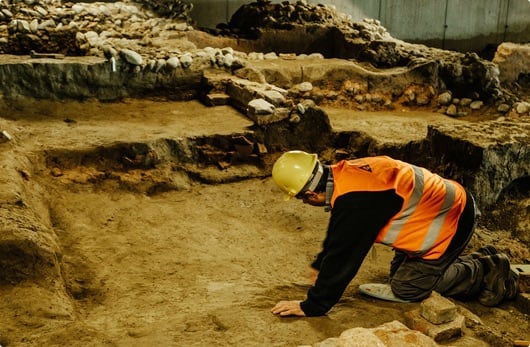 The archaeological area identified is 1,600m2 wide, 400 sqm of which is located under the new Lavazza Corporate Management Centre. A glazed zone at street level and scenic lighting will enable passers-by to see the remains of the basilica.
Lavazza, the city of Turin and the Soprintendenza Archeologia del Piemonte signed an agreement, in July 2014, to develop and enhance the archaeological site. To ensure the effective preservation of the area, a metal cover with wooden panels, treated with a dense but light vegetal coating applied to protect the archaeological site from the sun and to facilitate the run-off of rainwater, was designed. A path with informative signs enables the public to visit the site along Via Palermo and at the corner with via Ancona. 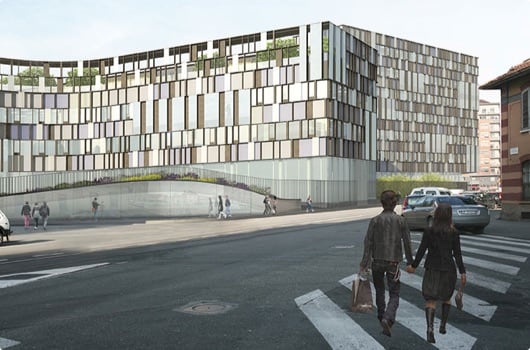 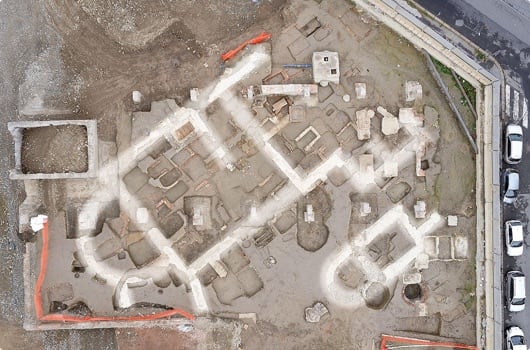